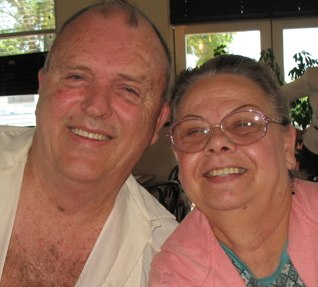 The ever-cantankerous medical marijuana activist Ralph Sherrow, of Hayward, CA, passed away on June 21, 2011 from complications due to leukemia.

Sherrow was a medical marijuana patient and activist who, years before the passage of Senate Bill 420 (SB420) gave protections to patients and collectives, helped Chris Conrad to form the Safe Access Now (SAN) campaign to establish a medical marijuana safe harbor for patients around the state.

The SAN proposal of immunity for cultivation of 100 square feet of garden canopy and three pounds of processed bud were along the lines that were eventually adopted by Sonoma, Humboldt and Santa Cruz Counties. The section of the Health and Safety code that allows localities and doctors to expand the statewide safe harbor was based in part on the work of SAN.

Sherrow was close with many other activists of his day, including pioneer physician Dr Tod Mikuriya, founder of Hayward Hempery Bob Wilson, and Jane Weirick the ‘Bud Fairy.’ In his later years, as his health failed, Sherrow dropped out of the reform movement and was better known for his salty email humor.

Ralph is survived by his charming wife, Katherine “Kat,” who stayed by his side through the decades, their two daughters and son. Ralph and Kat were planning a trip to Las Vegas to celebrate their anniversary June 17 when Ralph went into a health crisis June 7, was diagnosed with leukemia on June 9 and passed away less than two weeks later, four days after their 50th anniversary. Kat has requested that people not call or email her with their condolences during this time while she processes and comes to peace with this experience.

There was no memorial service held or, as Ralph would probably have put it, “F#*k death, I ain’t got time for this kind of s#*t.”