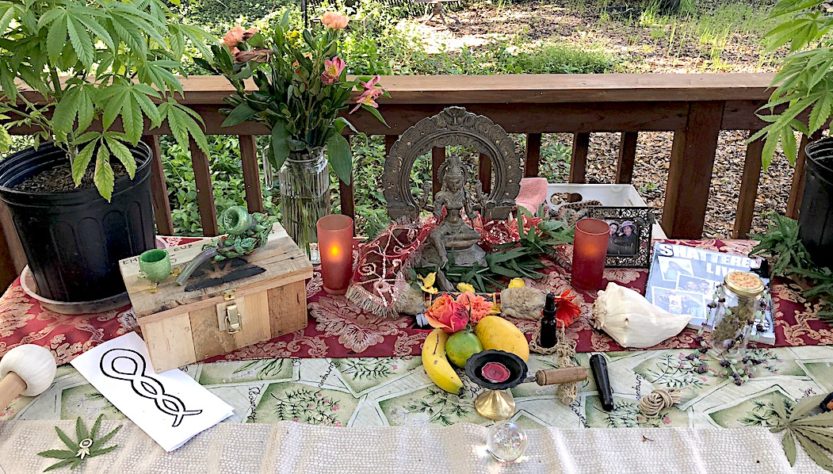 Sign petition to have Cantheism recognized as a protected religious practice

An academic and political treatise by Chris Conrad, to address the question:

Is there an ecumenical religious creed common to a significant number of cannabis-based religious beliefs, that can be articulated and offered as a formal petition to Congress for redress of grievances to protect religious use of cannabis under the First Amendment to the Constitution of the United States of America?

This treatise, based on the information posted on this website, establishes the sacramental use of cannabis as an ancient religious practice and promotes the tolerance of all fundamental human rights, including freedom of religion.

We therefore hold that a universal set of principles and practices does exist that meets the above qualifications.

This is a sincere personal belief of millions of people and it is a fundamental suppression of Constitutional and Human Rights to persecute them and interfere with their cultivation, possession and sharing of sacramental cannabis. The Cannamaste circle is a protected place for Cantheists to partake and share of cannabis with a sacramental intent.

Based on the following principles, we do hereby assert that adherence to Cantheism (Cannatheism), the religious use of resinous cannabis (marijuana, marihuana, hash), is a real religion that should be recognized and protected under the First Amendment Freedom of Religion and the 14th Amendment Equal Protection clause.